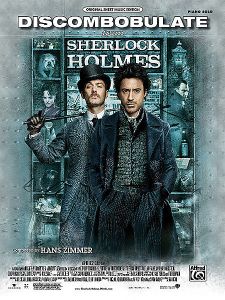 Are there not times that we hear a particular word, and we roll in the aisles, laughing hystericaly and thinking ‘who on earth came up with that?‘

Here is a list of ten of such words [in no particular order] that I have come across, with a short explanation on them, and perhaps a brief background information on how I came across them.

NOTE: MOST OF THE DEFINITIONS YOU WILL SEE HERE ARE GOTTEN VERBATIM FROM www.vocabulary.com

EXPERIENCE: I first heard this word when I was in junior high, from one clown who came to entertain us on the assembly ground. I can’t vividly remember why though. Out of all he said, this word was all that stuck to my memory till date.

MORE: the word ‘flabbergast’ dates back to 1772, but its origin is unknown. Perhaps its creator had in mind both being aghast and the sputtering sound made by people who are so amazed, they can barely speak

EXPERIENCE: the first time I came across this word was in 2010, during the regionals of Spellbound Africa bee. One girl was asked to spell it, and even the anchor-man had to make a joke out of it, because it left her discombobulated. I also recall that earlier this year, during one of our GES classes (Use Of English), we were treating negating prefixes (morphology). The lady taking us mentioned “dis-” as one of such prefixes. So I asked, “does it mean ‘discombobulate’ is the opposite of ‘combobulate’?” She was dumbfounded, couldn’t provide an answer as she obviously had no knowledge of the word. This word is funny, and even Dr. Robert Beard agrees with me.

MEANING: discombobulate is a fun, fancy word for ‘confuse’. If something has put you in a state where you don’t know up from down and you can’t spell your own name, you may be discombobulated.

MORE: discombobulate kind of sounds like you feel when you’re disoriented: bouncing around in several directions at once. Trying to say discombobulate for the first time might discombobulate you! Because of its funny sound, it is often used in a humorous way.

EXPERIENCE: also came across this word during the bee. And in fact, the guy who later became a spelling champ. and I discussed it before the contest started.

MEANING: something unspecified whose name is either forgotten or not known.

MORE: alternate spellings include thingamabob, thingumajig and thingumabob. Even its synonyms are as funny or even funnier. They are doodad, doojigger, doohickey, gizmo, whatsis, whatchamacallit and whatchamacallum.

EXPERIENCE: just like boisterous and obstreperous, cantankerous is one of the words I learnt as a result of academic discussions held with colleagues while at senior high.

MEANING: if someone is cantankerous, he has a difficult disposition. Take care not to throw your ball into the yard of the cantankerous old man down the street – he’ll cuss you out and keep your ball.

MORE: the origin of cantankerous is unclear, but ever since it first appeared in plays from the 1770s, it’s been a popular way to describe someone who is quarrelsome and disagreeable. It is usually applied to people, but animals and events too can be cantankerous.

EXPERIENCE: first saw this word while researching and searching through the Encarta dictionary on my laptop. It probably got me chuckling because it sounds like a Yoruba expression: foofoo (a traditional food) ti o ro (that is soft).

MEANING: a great fuss over something trivial. It can also mean showy extravagance, ornate or extensive ornamentation or finery [encarta]. According to Merriam-Webster, however, it is a disturbance or to-do over a trifle.

MORE: “foofaraw” originates in the American west where it has been variously spelled as “fofaraw”, “forfarraw” and “froufraw”, among other spellings. In writings of the pioneer west, it names the frivolous trinkets, baubles and gewgaws used in trade. Around the 1930s, the word’s more common meaning of a fuss or brouhaha developed – probably from the to-do that showy foofaraw stirred up – and people began to settle on the spelling, ‘foofaraw’.

EXPERIENCE: It’s not been up to a month that I first came across this word. I was going through some videos on YouTube that cover spelling contests organised around the world. Then there was this one that described its content as hilarious, and truly, on opening it, I discovered it was. 11-year old Kennyi Aouad was asked to spell the word ‘sardoodledom’ in a 2007 National bee, and he was like ‘sir whaat?’ After giggling for more than a minute, he gave it a trial and luckily for him, he got it right. I don’t think I could ever make such an accurate guess. Later learnt, Aouad went on to qualify for the national bee again in 2008 and tied for fifth place in 2009.

MORE: It was coined by George Bernard Shaw, and derived from the name of the French playwright dramatist [Victorian Sardou]

EXPERIENCE: I cannot recall when I first learnt this word, but it must have been either through a news broadcast or high school grammar lessons.

MEANING: an imbroglio [pronounced ‘imbrolyo’] is a complicated or confusing personal situation. An intricate and perplexing state of affairs, or a misunderstanding, disagreement, etc., of a bitter nature, as between persons or nations.

MORE: although an imbroglio is a tangled situation or a messy complicated misunderstanding, its history is just the opposite, clear as a bell. It is borrowed from an Italian word, ‘imbrogliare’, meaning ‘to tangle, entanglement’.

EXPERIENCE: any Nigerian, in any bit politically aware, who hears this word, I am sure, will straight-away think about Igodomigodo (Hon. Patrick), the most altiloquent politician in the history of Nigeria, and perhaps beyond. He used it in a particular TV interview (channels TV). A word similar to this is higgledy-piggledy, which means disorganised and messy.

MEANING: Something full of twists and turns: a thing fancifully or excessively intricate and elaborate.

EXPERIENCE: thanks to YouTube, once again. But more particularly john green who hosts the mental floss channel. I heard the word in this particular video titled, “48 names for things you didn’t know had names”.

MEANING: It is another individual with the same name as you whose records and/or stories are mixed with your own when you Google yourself.

MORE: The expression has been around as early as 2008. It uses the word Google because the end of the word sounds like ‘doppel’ and by searching your name in Google, you can find what other people in the world have your name. Doppelganger comes from German and has a deeper connotation, ‘double goer’ or ‘double walker’ – a shadowy or ghostly double.

EXPERIENCE: Not sure when I first heard it, but it was sure fun learning this word. My best memory of it is when it was used by an aspirant for university of Ibadan Students Union general secretary, when asked why he didn’t decide to go for union presidency (‘I have painstakingly studied the union, and I have deciphered its lacuna’). By the way, his name is “AY Buluma”. And that’s a funny word too. Speaking of the ‘Bulumic’ agenda.

MEANING: A lacunar is a gap, hole, empty space or missing part. It is often used to mean a form of inadequacy or irregularity.

MORE: The word should not be confused with “lacunar” with an “r” as this means a ceiling that has sunken panels in it.