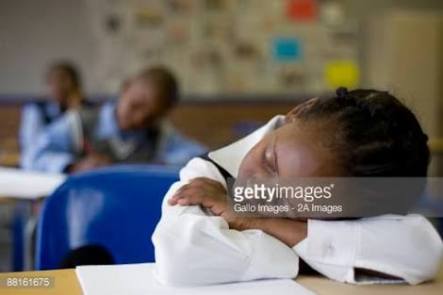 A speech delivered on November 4, 2015 and which got me the “King of the Podium” appellation (2015/2016) as far as Kenneth Mellanby Hall is concerned.

It is said that when the head is too big, it cannot dodge blows… The head of today’s event, Nigeria’s education, is bigger than its body and thus must endure being constantly discussed.

Good day fellow Mellanbites, kingmakers, fellow speakers and the audience. Before you is Adebajo Adekunle Adefisayo, an aspirant for the crown of the podium. And I am here to take the floor on the question – Nigeria’s education: a theorised knowledge?

Ladies and gentlemen, Terence once said nothing is said which has not been said before. It has, before now, been argued that our education system is not laden with theorised knowledge because we have various practical sessions like industrial training, teaching practice and chamber attachments. It has also been argued that the presence of quality private schools has greatly reduced focus on theory. It may even be argued that our knowledge is not theorised because we not only have theory questions in our examination, we also have German and objective ones. But we all know that these arguments may not hold air let alone water.

Finding an irrefutable assertion is like finding a popular YouTube video with no dislike. There are always two sides to a coin and two ends to a rope. And so it behoves me to examine the other side to this argument which in fact appears to be heavier. To compare it with the former is to compare Mellanby hall to a boys quarters.

The reality today is that our education system is crude and lacks exposure. It not only focuses on theory but off-base, out-of-date triviality. Our lecturers for instance find nothing wrong in using pre-colonial lesson notes 55 years after independence. We have engineers who do not move near engines, doctors who know no better than conductors and Professors of Mechanical Engineering who still take their engines to the mechanics for engineering. Our students can define the internet but cannot use it, they can define a laboratory and in fact list 10 apparatuses it contains but have never entered one, they can describe a wind turbine but have never seen one; they can talk all day about how the tractor works but we have not for once driven one.

In 2012, investigations carried out by Vanguard Nigeria revealed that many schools in Nigeria lack up to date computer technology and the few that have lack access to electricity. For instance, out of a class of about 60, only one claimed to have once worked on a computer – his uncle’s laptop.

Just last month, the cerebral Dr Olisa Godson Muojama of the History department was on air at Splash FM and he declared that Nigeria is operating mercantile, commercial capitalism and not true industrial capitalism. Meaning we import virtually everything but we do not ourselves create or construct anything. Even the things we manage to create, we still import the raw materials from overseas. Does this then mean Nigerians are too dull or lazy? No, of course not! It is only because our education system does not encourage creative thinking. It only reinforces routine robotic reasoning. The problem is not intelligence but lack of experience. And this cannot help us. It will only cast us in a state of motion without movement, activity without productivity.

You see, when Nigerians go abroad to learn, their genius often becomes manifest because of the change in environment. Almost a 100% of Nigerians who ever invented anything worthy of international recognition benefitted substantially from foreign education – from Saheed Adepoju who invented the Inye tablet to Seyi Oyesola who invented the ‘hospital in a box’, from Jelani Aliyu who made General Motors leading auto-brand to Cyprian Emeka who holds more than 160 patents worldwide. Last May, we also heard about Mr Ufot Ekong who made a speedy electric car while studying in Japan. He definitely would not have achieved that had he studied in University of Ibadan.

Gentlemen, I shall close by quoting from Benjamin Franklin, a foremost American statesman.  He said tell me and I forget. Teach me and I remember. Involve me and I learn. And so if our education sector is truly interested in the impartation of knowledge, then it must provide not just updated theory but engaging practicality and actual intellectual activity.

Post scriptum: Paragraphs 3, 4, 8 and the last sentence weren’t part of the final delivery due to temporal inadequacy.