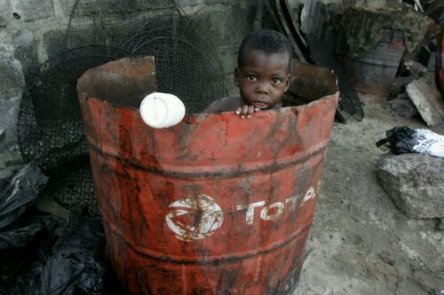 WHAT I CONSIDER AS THE SIGNIFICANT ROLE OF PHILOSOPHY IN THE NIGERIAN PREDICAMENT.

First and foremost, philosophy is a discipline without a universally and univocally acceptable definition. However, we can, ad hoc, say that it is a (critical) criticism of the ideas we live by {H.S Staniland}. Another word, needing clarification, ‘Nigeria’, is a geo-political entity known by many names, viz. ‘the sleeping giant’, ‘the mistake of 1914’, and ‘the marriage of misfortune’ etc. All these cognomen point to the widely held and spot-on belief that Nigeria is a failed or better still a failing nation.

No doubt, Nigeria is, today, passing through a very challenging phase in its life-span. And various individuals have suggested ways by which we sail through this storm. The question now is, is the knowledge of philosophy, the possession of the ‘philosophic spirit’ and the daily application of philosophical principles, in any way germane to Nigeria’s development as a nation? I reply with a capital affirmation.

Nigerians, today, nurture numerous dangerous and detrimental world-views. Examples of such world-views include, ‘governance is nothing but an opportunity to live large and embezzle’, ‘our votes do not count’, ‘one day, E go better’, ‘leadership is the birth right of Hausas’, ‘Nigeria can never prosper if she does not disunite’ among many others. Knowingly or unknowingly, these ideas have a impeding effect on our voyage of national development. The work of philosophy is to rectify them. It will rectify the Yoruba extravagance, the Ibo materialism and the Hausa megalomania.

Philosophy helps us, not only to be able to think rationally and coherently, but to be able to act in conformity with our thought. This trait is something that the Nigerian populace and government apparently lack, as we have find ourselves engaging day in day out in improvident, impolitic and immoral acts. We do not aim before we shoot, we do not look before we leap, and we do not consider the consequences of our decisions before we make them. Nigerians no longer think. We just accept whatever we are offered without considering if it is deleterious or derisory. We obey the state without considering whether it is appropriate or the state even deserves it. We pay outrageous taxes without asking if we benefit from them or not. We allow ourselves to be easily deceived by ‘men of God’ who are only interested in our earnings. People engage in corruption, misappropriation and cultism because of this paucity in critical thinking. We are a set of people, if not the only one, who ‘suffer and yet smile’. All these are leading to our downfall, but we are oblivious to this fact.

This is where philosophy comes in. Philosophy inculcates us with the spirit of non-dogmatism, objectivity and amity. Imagine a judicial system free from bias and deliberate injustice, an executive that makes logical and pro-people policies within the quickest time possible, a legislature that actually represents the interest of the masses and people who do not have to be policed before they obey state rules and regulations. All these are possible if only we give philosophy the chance.

In summation, I am of the view that philosophy is expedient to Nigeria in her endeavour to achieve National unity, peace and progress, and it has a great role to play in the present predicament we, the people of Nigeria, find ourselves.